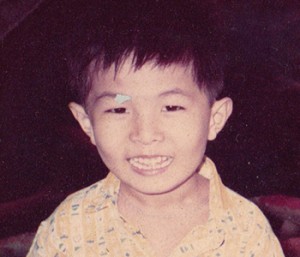 Granted a Media Education Scholarship by the Media Development Authority of Singapore in 2007, Wei Keong holds a Bachelor of Fine Arts in Digital Animation from Nanyang Technological University, Singapore.

He was the Chair of the Student Volunteer Program for SIGGRAPH Asia 2010 in Seoul and was a committee member for the SIGGRAPH Asia conferences in Yokohama (2009) and Singapore (2008).

Samantha Tio is an artist constantly inspired by chanced encounters with people from all walks of life. With her creative practice based in photography and a formal education at the School of Art School of Art, Design and Media at Nanyang Technological University Samantha embarked on relational projects with people and issues that both relates to her on a personal level and resonates at a universal level.

Starting with collaborative projects such as a coffee table photo-book of the athletes from the Singapore Disability Sports Council, Samantha embarked on her first independent participatory project, “Table for One”. The project focused on social the social interactions of people eating alone and their personal stories, narrated in an interactive photo-blog and exhibition.

In 2010, she traveled to central Java in Indonesia and collaborated with batik-makers from the village of Kebon Indah, teaming up with an Indonesian contemporary artist Budi Agung Kuswara in a visual art project “The Wax On Our Fingers”. The exhibition was celebrated in Indonesia and has now traveled to Singapore in an exhibition at the NUS Museum.

Creating experiential progammes has been a unique characteristic of how Gracie communicates messages. Her favourite themes have centered around culture, creativity and community. She has worked as coordinator, programmer and producer for festivals and conferences.

Her projects range from a music festival, a youth design festival, and a conference for youth social workers. Gracie worked with Ang Song Ming, National Art Council’s Young Artist of 2011, to create the Yesterday Mobile Karaoke for the Singapore Arts Festival. The programme was a platform for Singaporeans of all walks of life to share a favourite song about their fond memories of people and places in Singapore. She has staged live mystery games when the first Real Escape Game from Japan was organized in Singapore.

Social causes are always near Gracie’s heart. In 2013, Gracie explored the global issue of Human trafficking when she worked in production for “Untouchable: Children of God”, a documentary addressing this issue in India and Nepal, with Code Red Films. In her free time, Gracie loves traveling, meeting people who are passionate about life, watching documentaries, and dancing the lindy hop! 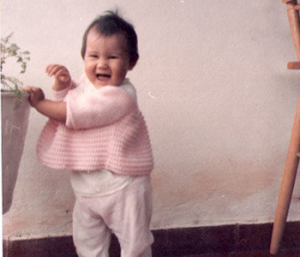 Communicator, Brand Ambassador, Provocator and Propagandist and some words that Annette would use to describe herself as a Marketeer.

She spent much of her academic life focused on the Arts, graduating with a Bachelor of Fine Arts, specialising in Digital Film Making, from the School of Art, Design and Media in Nanyang Technological University (NTU). Upon entering the corporate world and discovering that she enjoyed it, Annette pursued an Executive Masters of Science in Marketing from the City University of New York.

She also has a strong social conscience, with interest in volunteer work and initiatives that bring about a form of improvement to an environment and its inhabitants. Naturally, she finds much meaning in the involvement with Singapore Snaps.