Mention “Geylang” to any Singaporean, its fame and notoriety never fail to come to mind. The place has become synonymous to its red-light district status, and the glorious local fares to be hunted in the area. 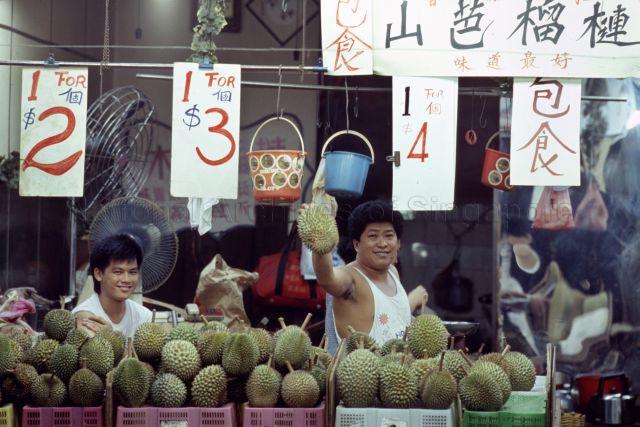 Possibly the most exotic eats you would ever find in Singapore are concentrated in Geylang – from the semi-outdoor durian shops touting an array of durian varieties enough to satisfy an connoisseur to other mojo-boosting dishes such as frog porridge and turtle soup. Aside from outlandish dishes, you can also find the best of Singapore’s hawker classics: wonton mee, beef kway teow, nasi padang, tze char (home-style chinese dishes), nasi biryani, traditional desserts and dim sum served 24-hours, round the clock. It is not surprising as well, away from all the humidity and grease of the hawker establishments in Geylang there are also several air-conditioned, barrister level, hipster joints that have been mushrooming all over Singapore over the past years.

Food and gluttonous thoughts aside, vice is also rampant in Geylang. Regularly found on the newspapers are news of police raids for contraband cigarettes, illegal gambling, drug trafficking and unlicensed street walking. Surely, in a city with a squeaky clean image like Singapore’s there is somewhere you would find the underbelly of our straight-laced society. “Cleaning up” always seems to be the order of the day, but lost is the very soul (though darkened) of Geylang, just like the Bugis Street in its former days, to our values-promulgating state, should the prostitutes, pimps and drug dealers all ran away.

So how would a family-friendly project like Singapore Snaps find its fit in Geylang?

The neighbourhood of Geyalang Serai had kampong squatters located side by side HDB Flats before the 1990s. Photo credit: National Archives of Singapore

Along the northern side of the MRT train tracks that connects Kallang, Aljunied and Paya Lebar, nestles a charming neighbourhood. You can find the regular civic amenities such as the Geylang East Library, where the SG Snaps booth was based, Geylang East Swimming Complex and Geylang Polyclinic, as well multiple schools in the area. The public library, though the lowest in human traffic compared to the ones at Toa Payoh and Redhill, where our collection booths were previously based, is endearingly quaint. We really like the “Green Reading Space” on the second floor where visitors can lie on a synthetic turf in air-conditioned comfort under a glittery LED-lit ceiling. Not forgetting the conducive activity room on first floor where there is a painted life-size mural of famous fairy tales. This dainty neighbourhood is a huge contrast to its other half across the train tracks, as day to night. The SG Snaps team was so fascinated with these almost schizophrenic characteristics of Geylang that we had to look at the kind of photographs that we would find there.

On the origins of the district’s name, one could never be too clear. There are writings that say that the name “Geylang” is a mutation of the Malay word “kilang” which means “mill” or “factory”. This could refer to the mills of the coconut plantations in the area, which were operated by some of the Orang Laut who resettled from the mouth of the Singapore River to live along the banks of the Geylang River in the 1840s. In a map of Singapore from 1849, there were also mentions of a small island named “Pulo Gelang”, which disappeared with the land-fills and reclamation of the Kallang Basin.

Singaporeans are also familiar with the famous Malay folk song that begins with the line “Gelang si paku Gelang”. Its lyrics sounds like it is referring to the area of Geylang. However, it is a traditional Malay song in the Malay literary format called “Pantun”, and “Gelang” in the song actually refers to the creepers or wild plants growing in Singapore. For the longest of times, I had always been singing “Geylang sepatu (shoes) Geylang”, thinking that the song was talking about shoes bought from the district.

Sundries shop in a long Geylang Road in the 1980s. Photo credit: National Archives of Singapore

Geylang is also rich in history. Following the Orang Lauts are the new migrants from the late 19th Century. While speaking with a contributor from the neighbourhood, we discovered that Geylang supported many new factories and micro-businesses of the immigrant population during the early 20th Century. She told us how she had grown up in one of the shophouses, where her family operated a motor repair shop at the ground level. Many industries were found in Geylang and its population grew from the influx of immigrants that overflowed from the city center during that era. This influx also results in the present distinct shophouses found along Geylang that were used by clan associations as points of contact for new migrants. These clan associations helped to integrate the newcomers into the local custom and culture. 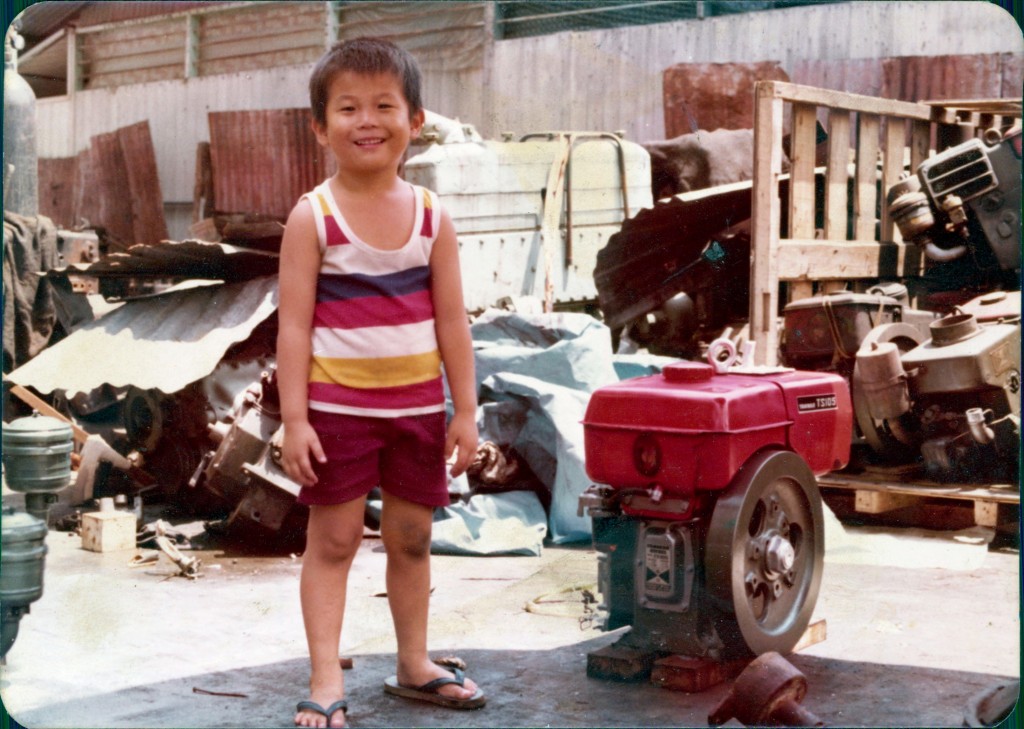 A child growing up in a shophouse along Geylang Road where the living quarters were at the second floor and the workshops were on the ground level. Photo credit: Gaan Ho Mui

Today, Geylang continues to be a reflection of our rapid demographic changes in Singapore. Geylang now plays host to many foreign workers and new migrants not minding the area’s reputation, but seeking affordability in rental prices and accessibility to the city center.